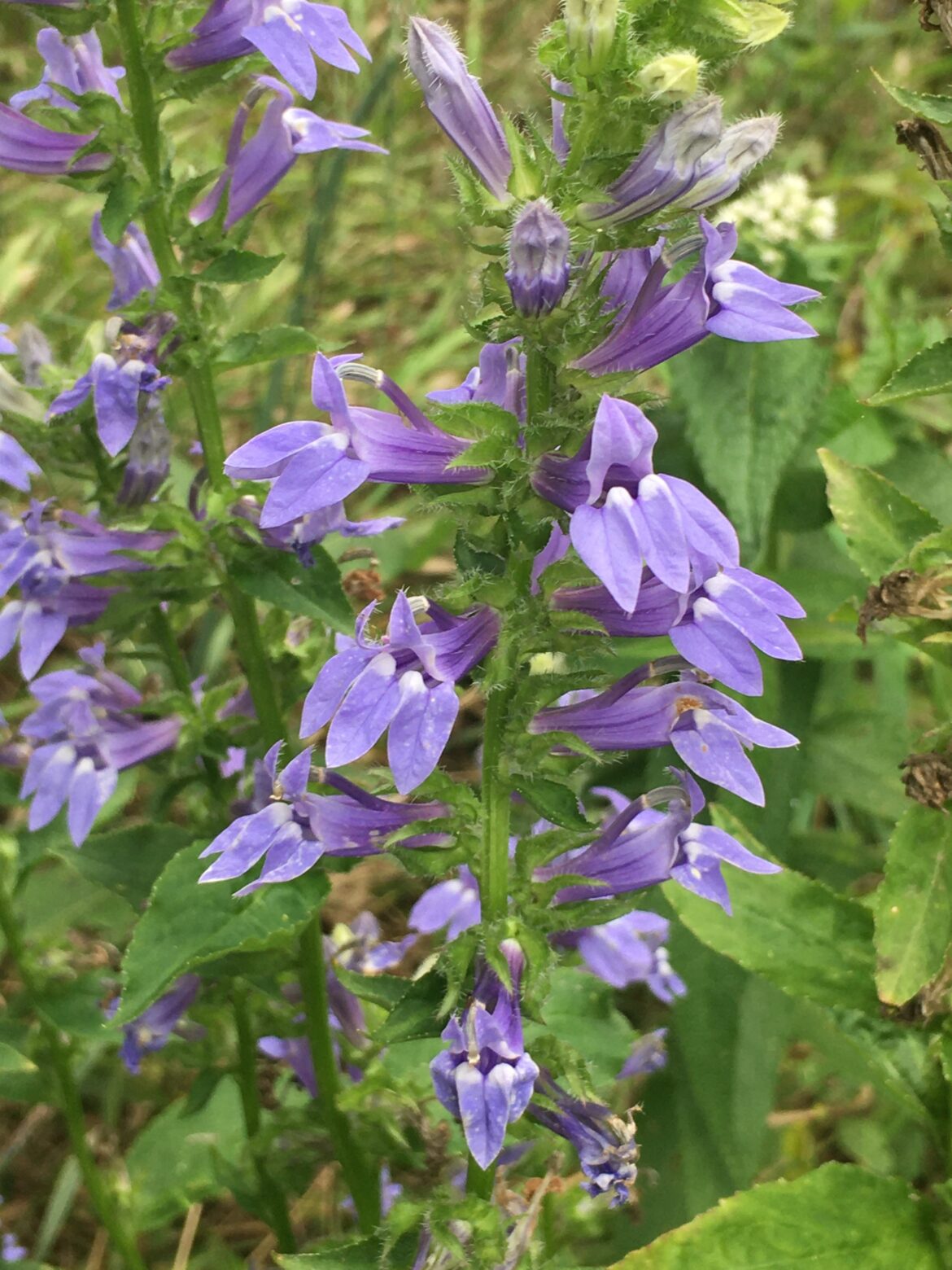 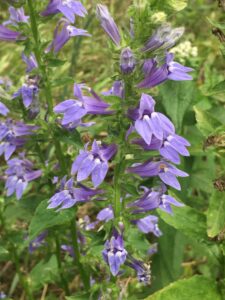 Our seasons have no fixed returns,

Without our will they come and go;

At noon our sudden summer burns,

Ere sunset all is snow.

Statistically, this is one of the three driest days of September, with only a 15 percent chance of rain (the tenth and the 28th are the other two days). Highs are in the 90s on 15 percent of the afternoons, in the 80s on 45 percent, 70s twenty-five percent, 60s 15 percent. Today is the first day of the season on which there is a five percent chance of light frost. And, for the first time since June 11th, the likelihood of early morning temperatures below 60 degrees rises above 55 percent.

1987: Two carp caught, one at 8:30 this morning, another 15 minutes later. Through the village, tree colors shifting steadily. The ash by my Wilberforce window suddenly has a large patch of yellow. Three pale orange woolly bear caterpillars were crawling across Grinnell Road when I drove through at 10:30 a.m. Only one katydid heard last night.

1989: Woolly bears suddenly become come common. Most of them are quite dark this year. Low purple aster, Novi-belgii, blooms in the garden.

1990: Heavy fog, then a high in the 90s. Seems like the hottest day of the summer. No woolly bears so far this year.

1992: Clear decline in the coreopsis now, and a quick decay in the rudbeckia along the south wall. The purple coneflowers are already way past their prime. Cicadas louder than I’ve heard them for a while, and the crickets and katydids after dark are shrill.

1993: One more balloon flower blooms. Stonecrop past its prime. Only Evadine, with her tall Jerusalem artichokes, has much of a September garden in town now.

1995: At the triangle park, the box elder leaves have rusted steadily for a few weeks. Now the summer’s breakdown is more obvious than just a few days ago. Every few feet of foliage has a small patch of brown. Today, the biggest change, the first couple of red maple leaves turned overnight.

1997: In the south garden, a third of the showy coneflowers withered. Ruby Nicholson called, told me that a nest of hummingbirds had two babies in it, ready to fly away.

1999: Showy coneflowers are almost gone, the last holding on with the tattered white phlox and a few petunias and heliopsis. Crows at 5:50 a.m.

2000: The prairie dock at the corner of High and South College streets has only a few flowers left. First daddy longlegs in the bathroom, even though the weather has been summer-like.

2002: Doves and jays at 6:30 this morning, cardinals at 6:45 – sleeping late as is their fall custom. Spicebush swallowtails, sulphurs, monarchs in the zinnias today.

2003: Cardinal, wren and robin this morning a little after 6:00. Blue jay calling while we were eating breakfast about 7:30.

2004: Crows at 5:50 this morning, doves about a half hour later. No other birds heard. Warm and clear all day, the sky extraordinarily blue. One monarch came to the yard off and on throughout the afternoon, ignored the zinnias, chose the dahlias. Two bright chartreuse Osage fruits fell by the shed last night. Squirrels continue to chatter throughout the day, a common sound of Late Summer and Early Fall.

2007: A cardinal sang at 5:51 a.m. and continued for several minutes. No other early birdsong. Pollen remains on the goldenrod in the alley. One black walnut tree near the church is almost completely bare. Acorns are down all around one red oak tree. Mateo’s Jerusalem artichokes have small buds, buds on mine too. One New England aster opening along the north garden wall.

2008: One New England aster opened this afternoon, and gold centers noticed on the beggarticks. One monarch seen, one bright yellow, large sulphur butterfly, one tiger swallowtail, one painted lady (Cynthia).

2010: Cool and light overcast this mornings. Crows were the first to call today, 6:47. One cardinal five minutes later. And that was it for birdsong. Hummingbirds were feeding at 7:20. and the first yellow tiger swallowtail came to the butterfly bushes at 7:40. At 8:00, we found a large hawkmoth, a female Celerio lineata on the front door screen. A small bowl of raspberries picked and a few peaches gathered for breakfast, both fruits in their last week. About 10:00, we went out to the porch to watch the dozens of skippers (silver-spotted and small golden and brown ones), a monarch, two male tiger swallowtails, a brown, a common sulphur and cabbage butterflies. The hummingbirds came by every few minutes, the cardinals and sparrows feeding, too. The female hummingbird is coming by and forth so often, we think she probably has a nest (like in 1997). New England asters are budded now, one scraggly red hibiscus flower hanging on. Along the highways, the false boneset is in full bloom, still mostly budded in the yard, and the sunflower field north of town is in full bloom. Patty called this evening, about the same time as last year, asking about what could be blooming and causing her allergies to suddenly come in. I told her maybe goldenrod.

2011: Very cool and cloudy this morning, tree crickets trilling steadily. Three chipping cardinals came to the feeder at 6:00, two females and a male. Crows called at the edge of town at 6:02. A few “churr” sounds from a wren and one melodious cardinal song at about 6:30. The cool front having come through, the sparrows are feeding heavily. Full crickets tonight, in spite of fog and cool temperatures, and – after being absent for several nights – Gerard’s katydid was singing in the dark.

2012: Bob from the News reports a perfect “V” of white geese flying to the northeast at about 7:30 this morning. Could have been snow geese at the edge of their migration area. In the sun of the afternoon, the zinnias are full of butterflies again, a giant and a yellow tiger, a great spangled fritillary and many, many painted ladies and checkerspots and admirals and whites. The frog continues to meditate by the edge of the pond throughout the day. At 8:00 in the evening, katydids, field crickets, tree frogs, and pulsing, whistling crickets, steady tree crickets.

2013: Crows at 6:00 this morning, perfect September schedule. A number of orange-gold leaves on the maples along High Street. Bittersweet berries not turning yet in the alley.

2014: Ruminations today: Since the past experience of natural history tells the present, it is easy to confuse the years or simply combine them, making all Septembers the same, one September. That blend of days and events is a kind of quantum travel which defies linear as well as circular boundaries, allows one to go backwards or forwards in time, suspended on the color of a leaf or the blooming of a flower.

And with such a radial experience that transcends leaves and petals, it is not so very difficult to see past individuality and local time and place, see through them with people as well as with seasons. Repetition blurs the ego’s hold on experience. It enhances and augments affection and personal history, compounds the unique and unrepeatable until opposites combine and make sense and smooth the abrupt chasms between one love and life and another.

2015: Heat wave continues. Monarchs here through the day, more than I’ve seen here any day this summer, and an Eastern Black swallowtail, silver-spotted skippers, cabbage whites in randori, a golden sulphur. In the north garden, the thick bloom of knotweed suddenly wilts.

2017: One monarch seen, when I was in the garden for just a few minutes.

2019: Hurricane Dorian pummels the Outer Banks. A red-shouldered hawk called from the back locust trees after the sun came up. No monarchs, skippers or swallowtails today. The first buds on the New England asters, first beggartick flower near the zinnias. Climbing false buckwheat (Fallopia scandens) curled in bloom around the gray milkweed stalks. At Ellis this afternoon, I found that Bidens cernua, the nodding bur marigold, had opened while we were in New York. In the pathway beside the arboretum, I found Galinsoga quadriradiata, a kind of quickweed, in full flower, along with dense patches of a speedwell-type of groundcover I couldn’t identify,

2020: A flock of geese flew over the house a little after sunrise, honking, the first flock of the season, announcing fall. On my early walk with Ranger, I found an Osage fruit, almost full size, on the sidewalk. In the morning zinnias, not a single butterfly, in spite of the sun. At noon, a great spangled fritillary and many silver-spotted skippers, and then a tattered Eastern black swallowtail, all of which stayed and foraged for hours. But the garden still seemed empty without the tiger swallowtails and monarchs.

Like the trees, we had to let each new year shape, teach, and renew us until our unconscious habits fell like autumn leaves to the forest floor, and new, more conscious ways of doing things sprouted in their place.