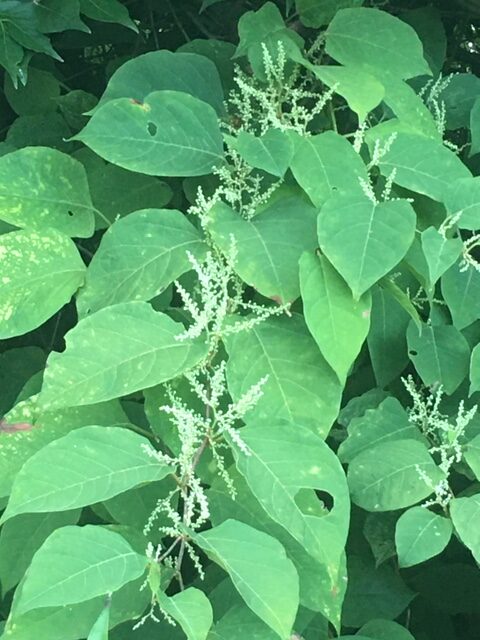 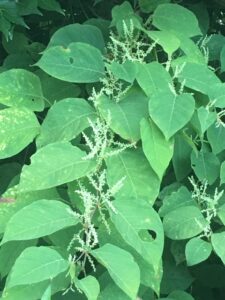 For you the light dispels the darkness; for you the sun, moon, and stars shed their light; for you the earth bears flowers and trees and fruits; for you the air and earth and waters are all filled with marvelous life – all so that earthly life may not be sad and make you blind to the joy of eternity.

Natural history easily becomes a litany of turning points in the progress of the year. Each day brings out more corners in the apparently straight, uniform road of the seasons. With an inventory of leaves and flowers and sounds, the elusive present emerges briefly in the spaces between the past and future.

In cooler afternoons, the wind becomes more pungent, sweeter, sharper, maybe from apples down or peach drop, maybe from the woods and undergrowth aging, mellowing as Cross-Quarter Day approaches. When the air is wet and thick, fogs form in the hollows before dawn.

Buckeyes and black walnuts and Osage fruits are heavy on their branches. Green acorns are browning, brittle in their clusters. In the woods, lopseed and panicled tick trefoil are fading, white snakeroot blooming, jumpseeds jumping, touch-me-nots popping, Virginia creeper and sumac reddening sometimes this early.

Skunk cabbage has decayed, and the swamps are littered with its stalks near the purple loosestrife and the great pink water mallow and the American lotus. Most of the sycamore bark has fallen, shedding near completion for the year. Japanese knotweed is budding. Crab apples have all ripened in city parks. Yellow sow thistles line the roads, blue chicory, deep violet ironweed, golden wingstem, silver Queen Anne’s lace beside them.

Now it is too late for pre-dawn robinsong, and cardinals wait to sing until a quarter past six in the morning (more than an hour past their summer solstice time). Doves join briefly a few minutes later, blue jays and red-bellied woodpeckers maybe ten minutes after doves. Then come the crows, and then cicadas take the place of almost all the birds throughout the day.

Katydids and crickets begin their chants when cicadas rest at dusk. The katydids often stop their rasping calls hours before sunup; crickets sing until morning twilight. Through the night, only an occasional firefly tells of Early Summer .

1982: Tonight, only scattered fireflies. Grackles are becoming more noticeable in the afternoons.

1983: Madison, Wisconsin: Many of the wildflowers are at the same stage as in Ohio: burdock, motherwort, goosefoot, white snakeroot, wild lettuce, ragweed, bull thistles. Some remnants from June and July: a little white sweet clover, and some daisy fleabane.

1986: One cardinal sings at 7:30 a.m. In the swamp, a few large-flowered bidens are opening. Some new foliage of sweet rocket has started.

1987: After two weeks in Indiana, I returned home to clearweed in full bloom, some purple pokeweed berries, Japanese knotweed budding, boneset full bloom. Yellow jackets, absent most of the summer, were all over the fallen apples. No cardinals heard today.

1991: Grackles in the back trees this afternoon. Cardinal sings sporadically, blue jay seen but not heard.

1998: Pussy willow leaves maybe a third fallen to the yard. Black walnut leaves half gone in some places.

1999: The frog in the pond has been quiet for several days now.

2000: Snakes in the north yard, but none seen near the pond since June. In the east garden, the stonecrop has started to open. Along the freeway east and on some back roads, the tall goldenrod has turned. The first small white asters are blooming against the south wall.

2003: Kelleys Island in Lake Erie: Robins begin to chirping 5:10 a.m., are actively moving around the campground by 5:20. A large flock of blackbirds arrived, like it did yesterday morning, at 5:50. Cormorants flew over at 6:00. The gulls came in to scavenge just a few minutes later. As people woke up and started moving around, the birds disappeared. Half a dozen monarchs seen on the drive from the island to Yellow Springs.

2004: Between Yellow Springs and Wilberforce, the land is rusting, turning towards fall. The cornfields are gold and green, and so many trees are coloring early. My ash at school, always ahead of other trees, has a few yellow leaves, reflecting patches of ashes and locusts and lindens throughout the area. At the Mills Lawn Park, one black walnut is completely bare.

2006: Just a faint blush on the bittersweet at the corner of Limestone and High. At South College and High, the prairie dock is still in full bloom. A tree cricket seen in the bathroom tonight, a pale, thin katydid-like creature.

2008: No cardinal song this morning or yesterday morning. A slight darkening to Don’s burning bush along the alley. Webworms cut from the west redbud this afternoon; the worms had begun to emerge from some of their webs. Golden fold-wing skippers play in the sun through the day.

2010: In the alley at 6:15 this morning, the breeze was chilly for the first time in at least a month. The air was rich with the smell of windfall apples. In the countryside, many cornfields have become golden, their leaves drying out. Butterflies still visit the zinnias and butterfly bushes, but they seem to be thinning out. The first jumpseeds from Moya’s yard are brittle, jumping.

2011: Two browns seen, but no swallowtails at the butterfly bushes today. Jeanie did see two monarchs when she was driving to Beavercreek.

2012: Silver olive shrubs along the freeway have patches of gold.

2013: Japanese knotweed full bloom in the Phillips Street alley, virgin’s bower and white autumn allium full throughout the village. Male tiger swallowtail butterflies still common in the butterfly bushes and the zinnias, and I saw a monarch when I crossed Dayton Street in the afternoon.

2014: Outside for just a short time today: one monarch, one yellow tiger, many cabbage whites playing, mating. The knotweed, virgin’s bower, white autumn allium are full, just like last year at this time. Joe Pye is more than half to seed, some of the false boneset is finally open, and the phlox are almost all gone, the violets and the whites.

2015: At sunrise, to the buzz of tree crickets: intermittent crows, a peeping robin, steady mourning dove, one cardinal. The morning chorus over for sure. In the yard, all the heliopsis is gone now, the phlox weakening, Joe Pye mostly gray, the false boneset absent – did not make my transplanting this past spring – a few evening primrose blossoms, a reblooming lily and the white star gazer. And I thought the giant hibiscus had ended its season, but I had forgotten to look closely, and this morning, it had two new deep red flowers seven inches in diameter. Two New England asters noticed open downtown – where I saw Rick and Mary; they had heard a bobwhite last week, supporting other reports I’ve had. In the yard, I keep running into orb-weavers and micrathenas. Jonatha sent a photo she took yesterday of a tiger moth caterpillar.

2016: Two hackberry butterflies in the north garden this morning, perhaps a late-summer hatch. One azure, many skippers and cabbage whites. At Mills Lawn, the black walnut trees have kept their leaves so far, only one bright yellow patch of gold in one of them. This afternoon: a yellow swallowtail, an Eastern black, a monarch, a polygonia.

2017: A major cool wave, offspring of the new moon, perigee and the August 24 front, has settled across the Valley now after yesterday’s storm, the cool expected to stay for days. One monarch in the north zinnias at 9:25 this morning, and then it seemed (that is, if it really was the same monarch) to stay all day, was still circling around the yard visiting zinnias and then flying to the redbud tree, then floating down and back and around. I saw two silver-spotted skippers as I watched the show. Along Dayton Street now, some Japanese knotweed in full bloom. At the women’s park, all the coneflowers have faded, but rudbeckia, cup plant and several other varieties keep color amid the tattered coneflowers. At John Bryan Park, Jill and I saw a fawn with its mother walking together in the river shallows. The fawn had lost almost all its spots.

2018: First morning in the 50s, sun and dew, moon at apogee but two days away from full. Daisies down to one blossom, heliopsis to a handful, jumpseeds thinning quickly. Monarchs continue in the garden, one male tiger swallowtail, many cabbage whites, one skipper, many smaller bumblebees. Katydids began at 7:49, in spite of the cool evening temperatures. Geese flew over honking at 8:00 tonight.

2019: Low 60s before dawn, and a cool breeze from the northwest. No cardinals heard until 5:27 a.m. Monarchs in the yard and neighborhood more common than any other species of butterflies. Afternoon jogging beyond Ellis with Ranger, accompanied by field crickets and numerous yellow sulphur butterflies. The night was chilly but the tree crickets were louder than ever. Katydids began at exactly 7:50. Geese flew over, honking in the dark about 8:30.

2020: Three monarchs, one or two tiger swallowtails, one black swallowtail, several cabbage whites and silver-spotted skippers. Hurricane Marco and Tropical Storm Laura approach landfall together in Louisiana. Japanese knotweed in full flower near the zinnias, some clusters of pokeweed berries are all purple.

Why do we love them, these last days of something

Like summer, of freedom to move in few clothes,

Though frost has flattened the morning grass?

They tell us we shall live forever. Stretched

Makes a path from my feet; I am my path.