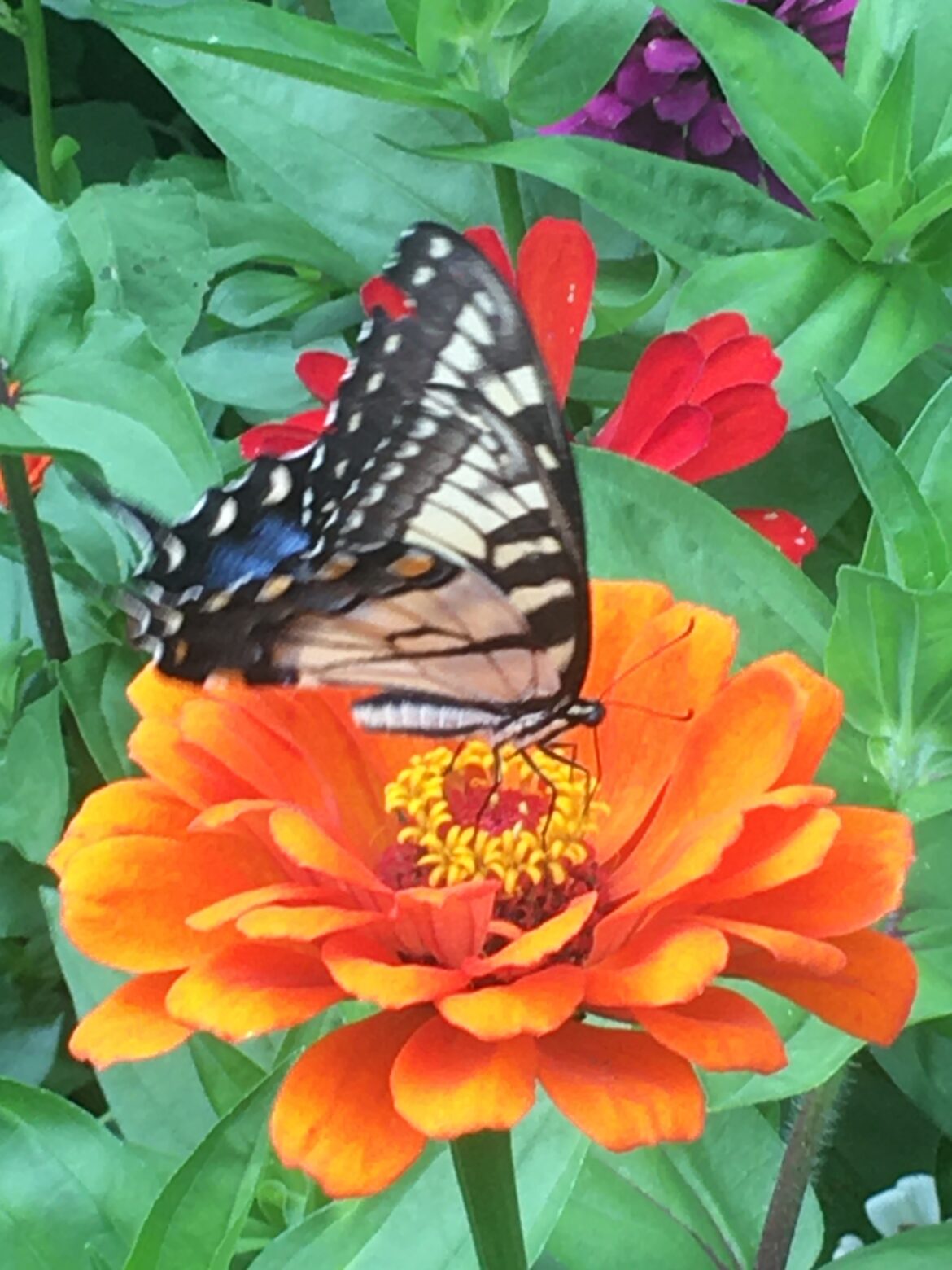 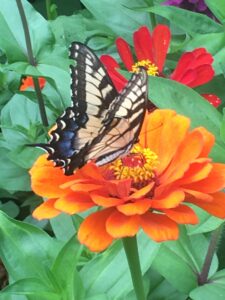 In the season of late August star-fall,

When the first crickets crinkled the dark….

The Perseid meteor shower, bringing up to fifty shooting stars a minute out of the northeast, occurs after midnight between the 11th and the 14th. With the Perseids, the movement of birds south accelerates. Along the 40th Parallel, August star-fall also usually marks the end of the year’s fireflies, the reddening of spicebush berries, the denting of the corn, the turning of soybeans, the commencement of the corn silage harvest, the last of the second cutting of alfalfa and the start of migration for male hummingbirds. Sumac horns are dark. Green acorns are coming down.

1982: Got up to see the Perseid meteors at 4:00 a.m. Only three seen. Geese flew over the house just past dawn. I was restless all day, wanting to put things in place, walked out to Middle Prairie, took stock of what was there, what was changing.

1984: Williamsburg, Virginia: The jumpseed blooming stage here is the same as in Yellow Springs. Asters still not open here.

1985: On the way to Cedarville, I saw the first tall goldenrod turning. The first yellow jacket was at the fallen apples in the back yard. Tonight, katydids started singing at exactly 8:01 p.m.

1986: Geese fly over the house at 8:47 a.m. Color shift beginning in the tree line on the way to Wilberforce.

1990: In the south garden, the late zinnias are finally opening. Mums are blooming. Showy coneflowers at their peak. Mallow almost gone. Yarrow weakening, tiger lily foliage is yellowing. Crickets sing in the morning now, maybe a new species recently born. My fall lettuce sprouted over night, winter zinnias and tomatoes for the greenhouse, too.

At South Glen, most of the sycamore bark has fallen now. Japanese beetles continuing to mate, swarming on the sundrops. Agrimony, tall bell flower, wingstem, Queen Anne’s lace, ironweed, wild cucumber, showy coneflowers all flowering. Some bouncing bets are left, some old mint, wood nettle past its prime. Canadian thistledown, gray and matted, still hangs to its plants. Robins calling steadily, almost drowned out by the crickets and cicadas.

1993: I woke up at 4:00 this morning, listened to the katydids chanting. They stopped at about twenty minutes to five. No cardinals heard at all today, but they came steadily to the bird feeder.

1995: A cardinal sang just a little this morning, then he was quiet. Apples by the back door tree have almost all fallen. Crab apples turning at the park, some of the foliage tattered or eaten. The smell of the air has changed – it changed toward the end of July. August is the beginning of autumn like late winter is the beginning of spring. Like in late February and March, before any of the obvious signs have developed, I know winter is broken. Now by the first of August, I know summer is broken. The heat stays, but the rhythm has changed; all the tones have changed — colors and sounds and scents all pointing to fall.

1997: Most of the resurrection lilies in the south garden are done by now, but they are in full bloom in the rest of Yellow Springs.

1998: Two-day vacation up to Lake Erie, bright large-flowered sow thistles all the way, purple ironweed, yellow wingstem, Queen Anne’s lace common. No goldenrod open until we got close to the lake. Then, all across the northern edge of the state, the goldenrod remained blossoming. At the Crane Creek Park, the wetlands were full of purple loosestrife and the great pink water mallow. Complementing the loosestrife were the full heads of the blue vervain. Monkey flowers here and there, an occasional bouncing bet. In one backwater, dozens of giant, pale water lilies, probably the American lotus in full flower.

1999: This afternoon a dozen cabbage butterflies on the loosestrife.

2005: Trees down all over town from yesterday’s storm. Bob has a tree branch through his roof. Someone else, Dee said, had a branch come right into her bedroom. At the school, a large maple is down. Across from the church, the ground is covered with black walnuts. In the back yard, the first ironweed blossom opened in the middle of all the chaos of fallen trees. By the pond, the Royal Standard hosta came into bloom.

2008: Driving down through eastern Oregon and southern Idaho to the northern edge of the Great Salt Lake, across high desert that had been tamed with irrigation. The Snake River area is rich and surreal, vast plains against the distant backdrop of hazy mountains. Into Utah, the land becomes more intensely cultivated, many fields of corn tasselling. Very little prominent vegetation other than the omnipresent sagebrush, but some milkweed, wild lettuce, great mullein, a few sweet clover plants, one patch of loosestrife, and several other species not identified. I did hear crickets tonight – the first time I’ve heard them on this trip, and, really, the first time this summer anywhere.

The real landmarks here are the mountains and the rocks; I want to know all their names, collect them like plants. As I drove, I wondered about the relationship of the people to the landscape, if they were overwhelmed by it, shaped by it, or if they retreated into the air-conditioned world of television and drugs of their urban and eastern counterparts. Either way, I was jealous of their access to such massive creatures and their naked geological history (like the giant dry lake near the Utah border). One would always have a point of reference, growing up beside a mountain. Is it the same with any aspect of home? Trees? Flowers? Birds?

2009: To Cincinnati: A Judas maple seen on the way to Byron. Some locust and cottonwoods yellowing throughout the trip. Ironweed in full bloom halfway to the Ohio River. False boneset opening at the zoo.

2010: Robins and cardinals at 5:00 this morning, continuing the summer chorus in spite of the rapidly lengthening night. Crows at 5:20, on schedule. A plateau of August birdsong and great numbers of butterflies day after day.

2012: Strong cardinals this morning at 5:15, robins in the background (the robins singing so deep into August – perhaps because of the early heat in spring and the warm summer. Did they have an extra brood?). Jumpseeds jumped when I stroked the plant that sticks out over the front sidewalk today.

2014: Five lilies, four blossoms plus a cluster of naked ladies. The very first virgin’s bower opened over night at Peggy’s. Jumpseeds, fully developed and still soft, not jumping. A few orange lilies still in flower around town, scraggly. Walking in the garden this noon, I saw a spicebush butterfly, a painted lady (Cynthia) and a silver-spotted skipper all in one area of the north garden zinnias. Only a handful of fireflies tonight.

2016: Just three shooting stars seen with Jill at a little after 4:00 a.m. There have been no fireflies for over a week, so no false meteor sightings. In the yard, cabbage whites and occasional silver spotted skippers, male tiger swallowtails, and an Eastern Black swallowtail. On the road south, sundrops and purple ironweed in early full bloom.

2017: One polygonia (comma) at the koi pond this morning. A male tiger swallowtail sampling zinnia after zinnia this afternoon. An hour on the porch after dark: whistling crickets, high static crickets, katy-dids. The night was cool, no mosquitoes, no fireflies.

2019: One cardinal call at 4:45 this morning, then silence until 5:00, when the cardinal conversations began across the neighborhood and lasted about half an hour. Tree crickets, loud whistling crickets and field crickets before dawn, but no katydids. Crows at 5:45. Monarchs, tiger swallowtails, an Eastern black, silver-spotted skippers and cabbage whites. Resurrection lilies hold at 22 blossoms.

2020: Resurrection lilies down to a dozen plants, most with three or four blossoms. A tiger swallowtail hung around the garden today, and a black visited the side yard outside my office window once again. At Ellis Pond, the arrowhead finally has blossoms, and the false buckwheat is in full flower.

There is still time. The colors and sounds of Late Summer