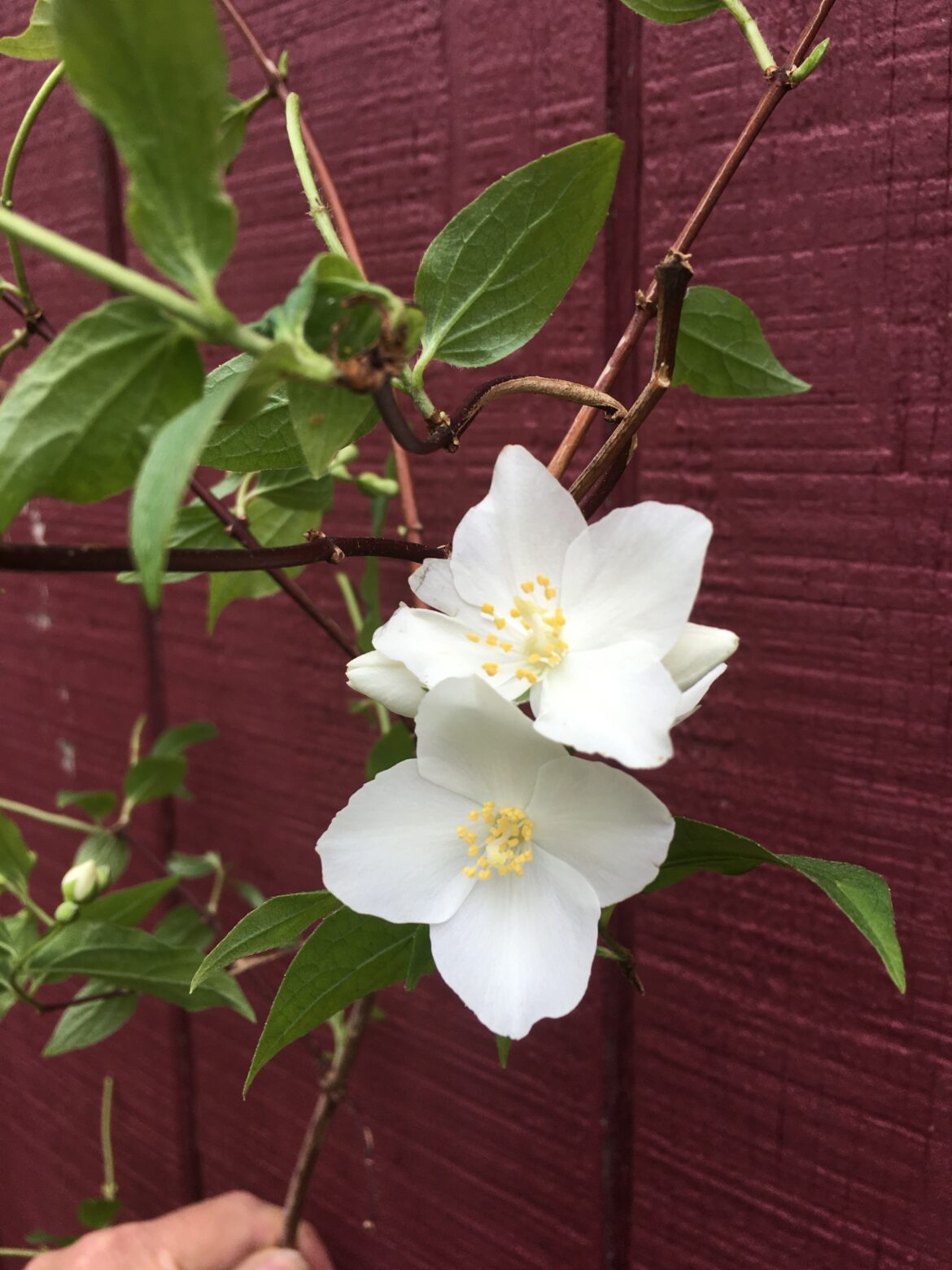 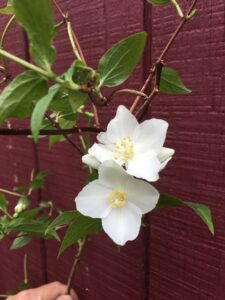 There is joy in the woods just now,

The leaves are whispers of song,

And the birds make mirth on the bough

And music the whole day long.

Today and the 21st can offer relief from the late May rains 65 percent of the time as the fifth major high pressure system of the month moves through the Midwest. Wind speed often picks up throughout the day, and the sun shines through the cumulus clouds. Frost is not common with this fifth cold front, but morning temperatures drop into the upper 30s once in a decade. Highs reach above 80 degrees 35 percent of the afternoons, the first time chances have been so good for heat since May 16. Mild 70s come 50 percent of the time, with highs staying in the 60s ten percent of the afternoons, and in the chilly 50s five percent. After today chances of highs in the 80s or 90s do not fall below 30 percent until the middle of September.

This is the time the Sun comes into Gemini, and when the Sun reaches that constellation, then ragweed has grown two feet tall, and cow vetch, yellow sweet cover, wild parsnips, poison hemlock, angelica, motherwort, wild roses, locusts, blackberries and yarrow are flowering, and the last of the leaves come out for summer. Under the closing canopy of the 40th Parallel, spring’s garlic mustard, chickweed and catchweed die back, their yellowing foliage accentuating a major decline of April growth.

Daddy longlegs are all over the undergrowth now, partial to clustered snakeroot and its pollen. Wild strawberries wander though the purple ivy and the sticky catchweed. Wild iris blooms in the wetlands.

Fawn births peak as the wild roses fade. Elderberry bushes and panicled dogwoods reach full bloom. Bottle grass is fresh and sweet for chewing, and a few mulberries are ready to pick.

1982: The latest of the tulips has dropped its petals. First red strawberry in the garden. First daddy longlegs.

1986: Locusts in full bloom, Osage and mulberry leaves getting near summer size.

1987: Bluegrass identified, Poa sylvestris, in flower as orchard grass comes into full bloom with its yellow and tan heads. Siberian iris and the first orange ditch lily opened today. Hemlock and parsnips in bloom. Garlic mustard almost done for the year, its lanky stems bowing to set their seeds.

1990: Mock orange and rhododendrons are in full bloom, following the hardy azaleas with just a little overlap in perfect sequence. Osage is budding. First strawberry ripens. Red admirals continue all around the yard. Purple spiderwort opens.

1993: Frost on the roof this morning, with airport temperature officially 40. John calls, says there was snow in New York Mills, Minnesota, on Saturday, the 15th. The first of his strawberries are flowering, his rhubarb full grown.

1996: Spring has finally come. The cold and gray disappeared three days ago, and highs have been in the 80s and 90s. Poppies and iris are out in town.  Strawberries have large green fruit now. Comfrey is budding. The east garden is at its best, with the columbine and late azaleas and bleeding hearts, dwarf iris, dead nettle. Rockets and buttercups and deep red pyrethrums blossoming in the south garden. The daisies are about to open (have already seen some in town). Along the west wall today, the clematis bloomed, three purple flowers all at once. At South Glen this evening, soft glow of dusk and violet rockets, wild phlox, honeysuckle. Found the rich scented four-petaled flowers of the silver olive, wild at the Butterfly Preserve. The woods floor is speckled with tiny petals from the locust trees above.

2001: Grackle feeding its baby across the street in the driveway.

2005: At South Glen, waterleaf is declining, sweet rocket, bedstraw, corn salad, sweet Cicely full. Half-inch fruits have formed on the buckeye branches. Goslings maybe a week old seen in the undergrowth with their parents. Locusts full bloom throughout the village, even the late locusts in the back yard. Dahlias transplanted to the east garden. The frog sang in the pond this afternoon before the rain.

2007: Blackberries blooming in the alley, black raspberries setting fruit. The first pond iris bloomed overnight, and the first peony in the yard opened. Growing color from Dutch iris and flags, sweet Williams, sweet rockets in the north garden. One flower cluster on the porch wisteria is starting to flower. Lettuce thinned in the evening, looking good.

2010: First Japanese honeysuckle noticed today, and poison hemlock was in early bloom all along the highway to Xenia. Privet buds are white now, almost flowering. The first white penstemon is open in the circle garden and the first orange ditch lily (Hemerocallis fulva) in the northwest corner of the north garden (the earliest I have recorded for those lilies in the yard).

2011: Italy: To Gary Jo Gardenhire’s house in the hills near Spoleto then up the mountain to Pettino for lunch. Gary’s garden had full blooming columbines, Vinca minore,  roses, thyme, mock orange, budded oakleaf hydrangeas, late purple hydrangeas, the last remnants of money plant flower, taxus shrubs done flowering, tall allium late, some seeded. A red admiral, a small black swallowtail and several sulfurs seen. Up the mountain, numerous oxalis and low yellow varieties of plants in bloom, along with a paulonia-wisteria kind of tree or shrub with hanging yellow flowers. One garlic mustard plant, very old, had faded leaves. Lilacs in full flower near the cow pasture at Pettino. The elevation throughout the trip kept foliage and flower time close to that of an average Yellow Springs.

2014: Shulamit reported that she encountered the first chigger of the year last week, likening these insects to “sunsoaked and sun-drunk performers” racing about in red leotards “soundless in modern dance formations, their choreographer gone mad.”

Carrying the theme a little further, she added, “In the wings, covert in the grasses, they nip at my ankles.  Furtive and quick, ravenous and ravening, they strike as I brush by.  Then rush to catch their cue ….”

2015: Common mallow full bloom. Last flowers on creeping phlox. Downtown at the Village Artisans shop, two fine yellowwood trees (Cladrastis kentukea) are in late full bloom. I have lived here since 1978 and must have passed these trees in flower so many times but never noticed them, even though their blossoms are dramatic and elegant. In King’s Yard alley, two stella d’oro lilies are opening, and two yellow sweet clover stalks have flowers. High-pressure moves down into the Lower Midwest tonight, Lilac Winter forecast.

2017: To Oxford, Ohio: Some fields partially under water. Yellow sweet clover and hemlock in full bloom. At home, I went to sleep as a storm moved across the yard, soft lightning, distant thunder, rain against the tin roof.

2018: The season of locust flowers and iris and peonies and mock orange and sweet rockets and poppies continues so strong.

2019: The tiny petals of the burning bush fell overnight in the wind and rain. Beside them, bridal wreath spirea has rusted, and snowball viburnums are bare. The first peonies open in my garden, not so far behind others in town. I saw a pair of catbirds in the honeysuckle by the studio this morning. In the field behind Ellis Pond: one Eastern black swallowtail, the first sighting of the year.

2020: Cold 50s today, spring slowing. But a clump of daisies has opened along Dayton Street. Mateo’s weigela continues in full bloom. Honeysuckle flowers and maple seeds cover the streets, so many fragments of time made visible.

The first in time and the first in importance of the influences upon the mind is that of nature. Every day, the sun; and, after sunset, Night and her stars. Ever the winds blow; ever the grass grows.