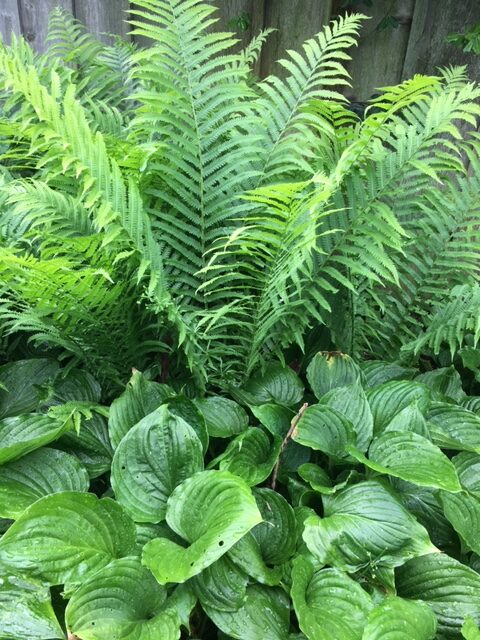 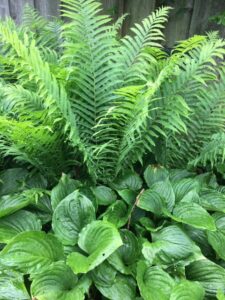 Gathering the roses of passion,

The lilies and violas of love.

As the sixth high pressure system of the month moves off to the east, the likelihood for cold temperatures decreases, and the 27th is one of the nicer days in late May. Although chances of rain are close to 50 percent, the sun shines through the clouds three-fourths of the time. Highs are in the 90s five percent of the days, in the 80s thirty-five percent, in the 70s on 35 percent, in the 60s twenty-five percent, and the possibility for frost is remote.

The third and final major wave of songbird migration reaches the Lake Erie shore in the last days of May, dominated by female Canada, magnolia, and bay-breasted warblers, the American redstart, indigo buntings, the vireos and flycatchers. By early June, virtually all migrations are complete, and nesting has begun in the marshes.

Pickle planting is complete throughout the Lower Midwest by now, and farmers are harvesting zucchini and squash. More than half the winter wheat has headed in an average year. South along the Kentucky border, one tobacco bed in four is typically full of plants. Off the beaches of the Southeast, shrimpers fish for shrimp at the peak of the season.

1985: First blue-bodied damselfly, and the first fireflies. Yellow sweet clover and parsnips in full bloom dominate the landscape with their June yellow.

1987: Osage flowers fall. Roses are at their best. Most mock orange season is over. Siberian iris holds on. At the river, 7:45 p.m., no crickets heard, fish leaping in the dusk, geese and goslings swimming by. First fireflies seen.

1988: Apples an inch long, three-fourths of an inch wide. First fireflies signaling in the wildflowers along the river after dark.

1993: Geese fly over the house at 5:25 a.m. for the first time in months. At South Glen, long-tailed blackflies mating. The canopy is complete except for the locusts (which are still in full bloom). Sweet Cicely gone to seed, daddy longlegs maybe half grown, bleeding heart and azaleas completely gone.

1995: Now the sweet rockets are coming to the end of the cycle in the south garden. Tulip trees are in full bloom around town. Lindens have buds and pale yellow seed pods. My green ash has also made its slender pods. The air is fragrant with mock orange and locust, peonies and iris. Along the boulevard of High Street, the garlic mustard has almost all gone to seed, mulberries have formed, and grape vines are in full bloom. In the backyard, the high locusts still have a few flowers left.

1997: First Siberian iris opened today, would have been yesterday except for the cold and rain. White mulberry leaves have suddenly developed to maybe a third size over the past week, after waiting until almost all the other trees had leafed out.

2000: Nodding thistles have been blooming west of town for about a week, the earliest ever. Achillea opening in the north garden.

2001: First primrose opens at ten this morning. Tree buds and two flowers on the red water lily. Last of the mock orange, peonies and blue flag. Japanese honeysuckle has replaced the regular honeysuckle.

2004: Peonies are tattered. Mock orange is almost all gone. Japanese honeysuckle is in full bloom.

From a correspondent in Fort Lauderdale, Florida:  ”The tababuias usually bloom for about a month, starting sometime in March or April. Same with the Saraca, except the variety I have is supposed to put out blooms that appear right on the trunk at one time of year and then blossoms on branch-ends at another time. My Saraca needs to grow for another year or so before it blooms at all.

Currently mangos are coming into season and should be ripe in a week or so. Our jacarandas are still in full bloom from over a month ago, their blossoms are bright blue-purple. And this year the fire tree or Royal Poinciana  has started blooming early. Today I saw one where the blooms were so plentiful on a 40-foot tree, that no leaves were discernible, definitely a fireworks special!  Last year the RPs didn’t start blooming until July, but lasted through November.”

2005: Into South Glen with Bella: The canopy is almost complete now, and it feels like summer in the woods. Birds were calling throughout the walk; the most insistent were two pileated woodpeckers. I must have been too close to their nest. One called long and hard, flying over me once, leading me away another time. Finches and song sparrows also heard. Geese were honking on the river. Wood nettle was overgrowing the sweet Cicely where the red 17-year cicadas first emerged last year. Ironweed and some touch-me-nots were waist high. Silver olive shrubs were done blooming here, and many honeysuckle flowers have rusted. Sweet rockets lined the paths. The first parsnips were just starting to open. Green-bottle flies, newborns, clustered together on the leaves of a honeysuckle branch.  A very young fawn found half eaten by coyotes or dogs. In the yard, the blue flag iris are at their best. The Korean lilac is still fragrant even though its flowers are mostly done.

2006: Most locusts are complete in the countryside, petals falling here also. Along the roadsides, parsnips are in full bloom, hemlock well underway. Korean lilac has been gone several days. Lamb’s ear and pale violet swamp iris opened all at once. Multiflora roses are in full flower throughout. A few poppies left, many peonies. Mock orange still full, privet buds getting ready to open. Long-jawed orb-weavers noticed in their webs above the pond this morning.

2007: Ruby-throated hummingbird seen this morning about 9:30 at the salvia and sweet rockets. Cedar waxwings continue to feed through the day in the white mulberry tree. Japanese honeysuckle bloomed yesterday, was heavy and sweet when I walked by the hedge with Bella last night.

2008: Peonies are in full bloom this morning, the most flowers the bushes have ever had. Like the hawthorns burned back by the heavy frost last year, the peonies are reacting like pruned shrubs, sending out even more blossoms than ever before. Privet buds cracked, white showing. On the way to Wilmington, I saw early parsnips and poison hemlock flowering by the side of the road. Along the bike path near the college, full bloom of fringe trees, Chionanthus virginicus. Yellow poplar seen in full flower on my walk with Bella tonight.

2009: I was up at 5:00 this morning, and the robin chorus was faint in the distance. The volume grew until cardinals began at 5:35, and then the doves came in at 5:40 and then the blue jay bell call at 5:45. The sky was becoming red and violet then, high alto stratus broken by the sunrise. By the time the grackles woke up at 6:00, the chorus was loud and vital. Squirrels joined the grackles at 6:05, crows at 6:10. When I went to wake Jeanie, the intensity of the calls was still growing. By the time I had finished my shower at 7:20, all the excitement was over. First orange candy lilies opened today. Roadsides lush with hemlock, parsnips, daisies, wild roses, red and white and yellow clovers. Henry Meyers called tonight to say he’d seen the first firefly.

2012: The first zinnia opened, the first dahlia started losing leaves. In the Southeast, another tropical storm, the second of the year, is moving toward Jekyll Island. Record high temperatures recorded throughout the Midwest. Five starling fledglings together at the pond today, exploring, trying to get a drink.

2015: Poppies holding (and Jeanie’s lone poppy in the middle of all the bamboo), privets almost ready to come out, primrose, stella d’oro lily, and ditch lily buds prominent now. Starlings continue their raspy calls. Tonight  I went outside to look at the moon and saw fireflies; they must have come out days ago.

2016: The first stella d’oro lily opened in the overgrown east garden overnight. The sidewalks are covered with spent honeysuckle flowers, brown and slimy on the damp walkways. Some tulips and hyacinths cut back. Emily Faubert and her father saw fireflies this evening.

2017: Mateo’s weigela is suddenly down. At the quarry, not a single tadpole in the pools, many small azure butterflies along the shaded and wet paths, daisies and yellow sweet clover predominant across the barren rocks, with budding small-flowered (panicled) dogwoods, a patch of dogbane with one flower, several moth mullein plants in early bloom, a clump of common cinquefoil, a few cattails with thin pollen stalks rising, some honeysuckle berries ripening, a number of diminutive plants, sprawling with thin opposite leaves, reddish stems, flowers similar to blue vervain only smaller (probably Verbena simplex: narrow-leaved vervain). Red-winged blackbirds were warbling and chasing one another across the wetlands. Coming home, we saw a catalpa in full bloom along Trebein Road.

2018: Mateo’s weigelas fades. Decorative grasses by the peony garden is waist high. Cottonwood wisps drift down into the still afternoon. Sparrows continue to chant, fledglings insatiable, from before dawn until almost dark, a fifteen-hour day. Finally after 8:00 p.m., the robins begin their vespers, some mating singsong, some sharp, loud calls. No peeping – perhaps the fledglings have not left the nest yet.

2019: The very first gold-collard blackflies appeared in the peonies (still full flower) this morning. Now the hyacinths are finished for the year, foliage flattening among the chickweed tangles in the circle garden. The primroses under the peach tree are budding. At the bird feeder about 9:00 a.m., a molting Baltimore oriole stopped to feed a while. Tonight, the first tornado in nearby Dayton since I have lived in the area – forty years. But not even tree branches down in Yellow Springs.

Forms and warms the life within;

And bird and blossom swell

In sod or sheath or shell.