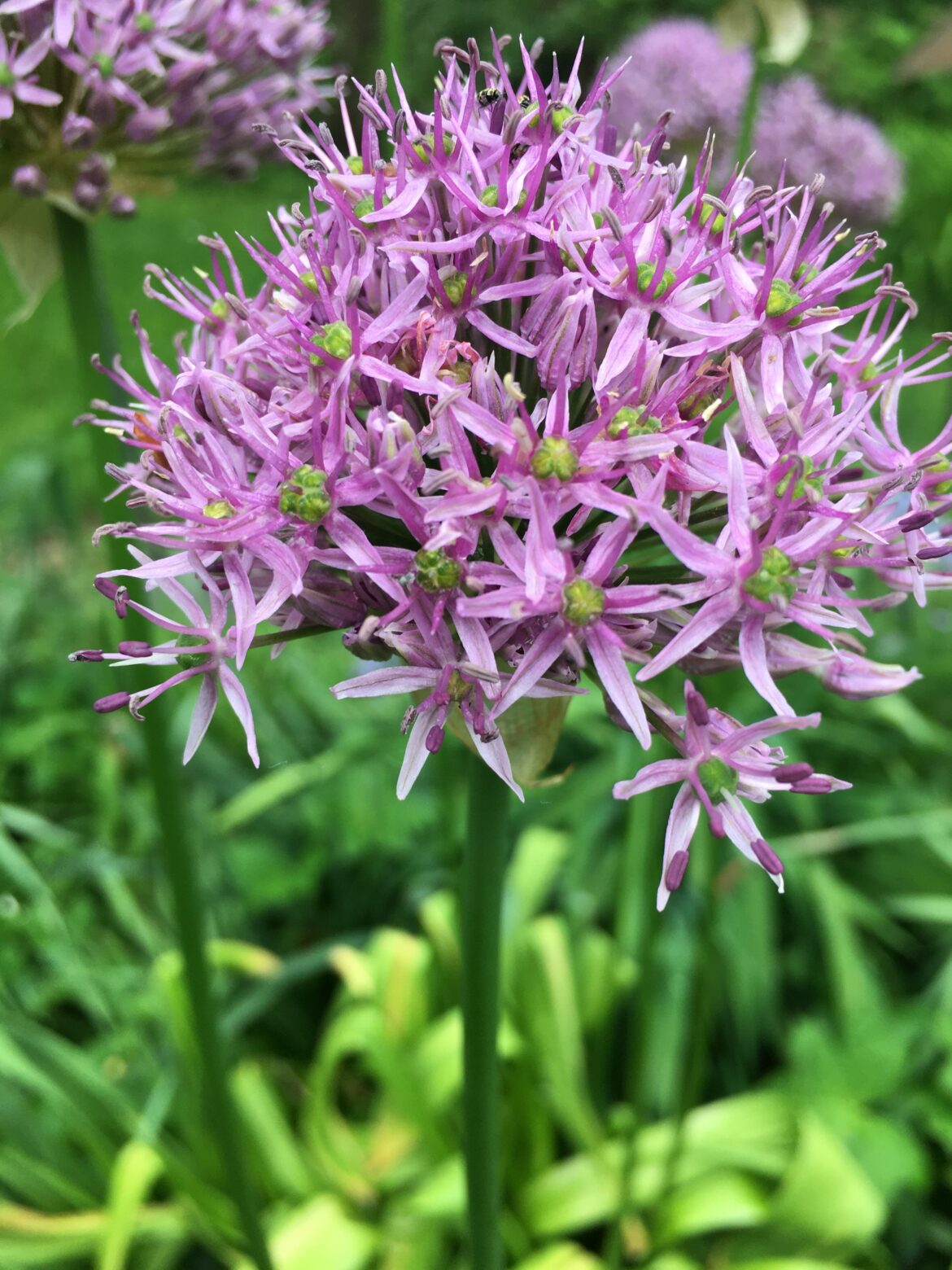 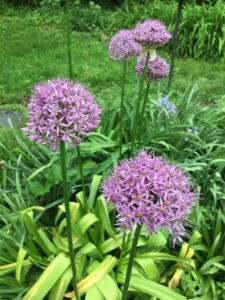 A garden or nature journal becomes an autobiography, the act of watching becoming watching the self, and forming the self out of and in front of nature. I am this person who is observing leaf after leaf, field after field. Following these seasons, I become myself.

Today is often the beginning of a wetter-than-average period during May, the time of the Strawberry Rains. Between the 18th and the 29th, the average likelihood for precipitation grows to near 50 percent. There are a few times, however, in the next dozen days when fields may dry out a little: the 20th and 21st, the 24th, and the 28th. Today’s chances are not so good: 55 percent chance of showers by nightfall. Highs in the 80s on this date come 20 percent of the time, 70s fifty percent of the time, 60s twenty-five percent, and an occasional day just in the 50s comes once every 15 years or so. Almost 40 percent of May 18ths are completely overcast.

1984: At the Covered Bridge: A flock of cedar waxwings along the river. Most buckeye flowers done blooming, falling to the ground. Two geese seen with five goslings. The upper path shows its Late Spring undergrowth, colored with the purple of phlox and geraniums, and the gold of ragwort. Ginger has replaced the toad trillium close to the ground. First poison ivy seen. A few wilting bluebells. Jacob’s ladder still in bloom, swamp buttercups too. Sedum open, columbine still blooming on the cliffs, redbuds fading, locusts starting to flower.

1986: First catbird in the yard. In the Vale, blackberries and wild roses opening. Very early hemlock, and curly dock, cinquefoil budding, and yarrow, and privet. Wild lettuce, wood mint, and wingstem up to my waist, the railroad tracks lined with sweet rockets and old honeysuckle, fading garlic mustard, yellowing toothwort leaves, new clustered snakeroot. Almost all the canopy complete. Indian hemp and touch-me-nots are knee high. The plumes of smooth brome sway in the wind.

1991: First bowl of strawberries from the garden.

1992: Grackles talking back and forth: guttural coaching of the parents and the imitation from the young. Continual chatter, encouragement, demonstration, excitement, panic in the old dying locust. In the south garden, it is full season for sweet rockets, poppies, daisies, pyrethrums, geums and ranunculus.

1995: Clematis comes in all at once. Now the daisies are starting. Overnight, the snow-on-the-mountain sent up its flower umbels.

1998: Summer headlong. A grasshopper flying and a lightning bug found.

2001: First water lily in the pond. Blue eggshell found under the apple tree.

2004: Coral bells are blooming. The first periodic cicada of the cycle found by John Sturm along the bike path.

2007: Fringe tree in bloom throughout middle May in the village and at nurseries.

2008: The first of the Korean lilacs has started to rust. The earliest hyacinth has decayed. The first mock orange flowers, the first white spiderwort and the first sweet Williams opened yesterday or overnight. Sweet Cicely and sweet rockets provide color to the southeast garden area. Deep fragrance from the honeysuckles throughout the back yard. The Osage trees are finally leafing, and the high locust seems to have small blossom clusters. As I stood by the pond, two fledgling grackles struggled to keep their balance in the rose of Sharon bushes, the mother nearby in the red mulberry, changing her vantage point as I moved. The lettuce and spinach planted a week ago have finally started to sprout.

2009: Very light frost this morning on the car windshields. Bridal wreath in the alley has rusted, only a few flowers remaining. New winterberry leaves are darkening now, and the poison ivy beside them has full-size foliage. At Dayton Street, Don’s black walnut tree has filled out maybe a third of the way. In the park, the hawthorn flowers are holding at maybe half. First scorpion fly is out.

2010: The first spider web seen above the pond this morning. Black walnut flower stems lie all across the sidewalk along High Street. Foxglove in bloom near the park. Zinnias sprouted under the east windows last night.  Grackles cackling in the evening.

2015: Inventory: The snowball viburnum and the azalea are shedding quickly, and the honeysuckle blossoms, darkened from pollination, are collapsing onto the sidewalk. A few buds have appeared on the ditch lilies, the Anna Belle hydrangea and the stella d’oro lilies. Spiderwort has a few more flowers, the perennial salvia and the sweet rockets are full, the ancient mock orange bush is finally full of blossoms, the catmint has several open spikes, and the backyard peonies are straining to open. The penstemon is almost ready to bloom.

At about 8:00 this morning, grackles mating. Along High Street, privet bushes are budding. In the village, catalpas are budding, iris full, honeysuckles still strong, hemlock and parsnips and a fringe tree starting. Good-size goslings across from Ellis Pond, and a snapping turtle, shell maybe a foot long was crossing Polecat Road. I nudged him over into the grass. Up the bike path, most of the black raspberries have recently set fruit.

2016: Very much like last year except that the old mock orange no longer blooms, and some plants in the new milkweed patch are two feet tall. The very first locust blossoms seen on my backyard trees; Jill said she saw one lush with full blooms yesterday.

2018: Locusts full bloom, Jill’s maple seeds spinning to the driveway, Mateo’s and my weigelas are covered with blossoms, the mock orange (reviving) has several buds, some open, honeysuckle, sweet rockets, iris strong, poppies still early full, some bridal wreath rusting. When I went out to feed the koi at

about 9:30 this morning, light rain falling, I startled the first tiger swallowtail of the years in the peony bushes, and it fled flying low to the ground.

2019: To Oxford, Ohio: Locusts full bloom throughout, and all is the same as last year, except for the tiger swallowtail. And I saw several patches of peonies all open. Roses budding at the Interfaith Center. During my morning walk with Ranger, robins were still singing and running around in the lawns and streets. When I fed the koi, I saw the first spider web across the pond.

2020: In last night’s rain, the first honeysuckle flowers fell on the sidewalk in front of the house, and more red and silver maple seeds all down Limestone Street. Jill’s first poppy opened, and the old mock orange bush by the shed produced its first blossom. Heavy rain in the afternoon, tornado warning. The first tropical storm has formed in the Caribbean.

For us, the winds do blow,

Nothing we see but means our good,

As our delight, or as our treasure.